those were the days my friend.... 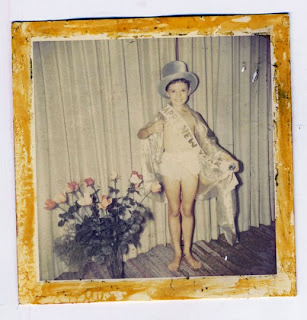 How cute! What year was that?
I watched you a few nights ago on TSOM again. One of my favs.

Your photo is so cute and nostalgic. I was just mentioning to my husband today that I never see the traditional symbols of Old Man New Year and the Baby New Year being used anymore. What New Year were you bringing in in the photo? May this new year be a wonderful one for you and your family. Keep up the great work with your Blog.

That's so cute. What fun you musta had as a child. I had lotsa fun too. :)

Hi Ms Cartwright, Loved the pic!! Now,I guess, the truth can be told about your "topless" photos...Shame shame... any way Happy New Year to all.

What a precious photo! Your so cute!

It's the most famous chord in rock 'n' roll, an instantly recognizable twang rolling through the open strings on George Harrison's 12-string Rickenbacker. It evokes a Pavlovian response from music fans as they sing along to the refrain that follows:


The opening chord to "A Hard Day's Night" is also famous because, for 40 years, no one quite knew exactly what chord Harrison was playing.


There were theories aplenty and musicians, scholars and amateur guitar players all gave it a try, but it took a Dalhousie mathematician to figure out the exact formula.

Four years ago, inspired by reading news coverage about the song's 40th anniversary, Jason Brown of Dalhousie's Department of Mathematics decided to try and see if he could apply a mathematical calculation known as Fourier transform to solve the Beatles' riddle. The process allowed him to decompose the sound into its original frequencies using computer software and parse out which notes were on the record.

It worked, to a point: the frequencies he found didn't match the known instrumentation on the song. "George played a 12-string Rickenbacker, Lennon had his six string, Paul had his bass…none of them quite fit what I found," he explains. "Then the solution hit me: it wasn't just those instruments. There was a piano in there as well, and that accounted for the problematic frequencies."

"I started playing guitar because I heard a Beatles record—that was it for my piano lessons," says Brown. "I had tried to play the first chord of the song many takes over the years. It sounds outlandish that someone could create a mystery around a chord from a time where artists used such simple recording techniques. It's quite remarkable."

Dr. Brown deduces that another George—George Martin, the Beatles producer—also played on the chord, adding a piano chord that included an F note impossible to play with the other notes on the guitar. The resulting chord was completely different than anything found in the literature about the song to date, which is one reason why Dr. Brown's findings garnered international attention. He laughs that he may be the only mathematician ever to be published in Guitar Player magazine.

"Music and math are not really that far apart," he says. "They've found that children that listen to music do better at math, because math and music both use the brain in similar ways. The best music is analytical and pattern-filled and mathematics has a lot of aesthetics to it. They complement each other well."

You just have to check out "Tenseconds Studio". I would send you the link but as you already know, I'm useless with a computer. Their work is the coolest I've ever seen and their videos are hysterical. Fabulous techniques. Makes you want to move to Texas just for the classes!!!

Happy New Year Angela.You always look so adorable in your childhood pictures.I got your Pasticcio Quartz issue 5 about a month ago and I just love it.I plan to order the other issues too.Thanks for sharing all those wonderful memories.