so you wanna be in show business... 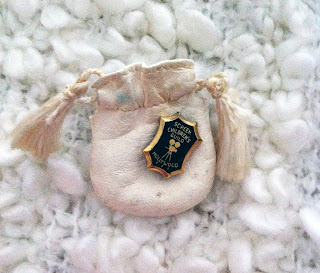 I found this little treasure in the back of my jewelry case today.  This Screen Children's Guild pin was issued to me as a child and I have kept it safe and sound in this little lambskin pouch for decades now. They don't issue pins anymore when you join SAG/AFTRA these days... which I find kind of sad... what keepsakes do we treasure these days?

I also found this list of show biz terms. I grew up hearing these words and they were a part of my education.  It doesn't hurt to know the lingo if you are in the Drama Department in school or pursuing a career in Hollywood. If you are not in show business or have no desire to be, how many of these terms do you know?  Just curious...