In Britain, the Christmas tree was introduced in the time of the personal union with Hanover, Germany. but the custom did not spread much beyond the royal family. Queen as a child was familiar with the custom. In her journal for Christmas Eve 1832, the delighted 13-year-old princess wrote, "After dinner...we then went into the drawing-room near the dining-room...There were two large round tables on which were placed two trees hung with lights and sugar ornaments. All the presents being placed round the trees...". After her marriage to her German cousin, Prince Albert, the custom became even more widespread.Because of my English heritage, it just wouldn't be Christmas without putting up a real tree and decorating it in the old fashioned style with colorful decorations and white lights. Some of the decorations I have had for over 40 years and I love unwrapping them once a year. Here is our tree this year...before the tinsel is on it. Tinsel reminds me so much of my childhood Christmas'.


Putting a lump of coal in the stockings of naughty children comes from the Italian tradition of La Befana, in which Carbone Dolce, a rock candy that looks like coal, is often used as a joke…

Joel Roberts Poinsett imported the poinsettia from in 1925 while he was the country’s ambassador. Because it blooms only in December this flower of purity quickly became associated with Christmas. In , Pohutukawa trees are described as 'natural Christmas trees', as they bloom at Christmas time, and they look like Christmas trees with their red flowers and green foliage.

The Anglo-Saxons associated the powers of the mistletoe with the legend of Freya, the goddess of love, beauty and fertility. According to the legend, a man had to kiss any young girl who accidentally wandered under a sprig of mistletoe. Before he could plant his kiss, the man picked a berry from the sprig. When the last berry was gone, the kissing was over. 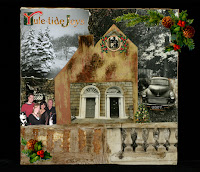 In 1843, Sir Henry Cole wanted to see if civilians could make use of the new public post office. His idea was the Christmas card. He designed the first card with artist John Horsley and sold copies for 1 shilling each.

In 1923, Calvin Collidge ceremoniously lit a 48 foot Balsam Fir from , his home state, in the Ellipse outside the White House. In recent years, the president of the has lit the National Christmas Tree in an annual televised event during the month-long festivities known as the Pageant of Peace.

Fruitcake reigned supreme in the age of Queen , and it was a staple of Victorian tea.

Stir-up Sunday is a centuries old slang term for the day that English households start preparing their ‘Christmas puddings.’ Or you can just buy one at the English shop…they taste pretty much the same once they are drowned in brandy and lit on fire while singing "bring us some figgy pudding and a cup of good cheer. "

Italian families’ traditionally celebrate Christmas Eve with a meal of seven different kinds of fish. The reason for the number seven is hotly debated. Depending on who you ask, it could be the number of sacraments, wonders of the world, deadly sins, hills of Rome, days Joseph and Mary traveled, or a host of other explanations. Whatever the reason…that is a lot of fish.

French Buche de Noel is commonly known as the Yule log. That’s a sponge cake that’s been covered in frosting or some other filling and rolled into a log-like cylinder. 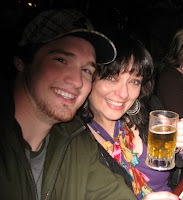 Glogg is the Scandinavian version of mulled wine. Gluhwein translates from German as 'glowing wine'. The apple cider from Trader Joes is pretty yummy when heated with cinnamon sticks and orange slices swimming in it. Or add some alcohol for that glowing factor. 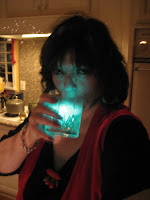 Advocaat, a Dutch/Tyrolean liqueur is found in several popular winter drinks including the traditional egg nog.

British tradition claims that eating this during the twelve days of Christmas will bring happiness through-out the next year. While the traditional mincemeat recipe calls for meat and suet, many commercial versions are vegetarian. While this may be an acquired taste…my Christmas would not be the same without a slice of mincemeat pie or tart with Birds custard poured over it.

While traditions may vary near and far...incorporating them into your celebrations makes for special memories that children take with them through their adulthood. I think they also contribute to peace and harmony which is what the holidays should be all about. I love the comments readers of my blog have written with some of their holiday traditions. Thanks for that...it helps to keep the spirit bright! 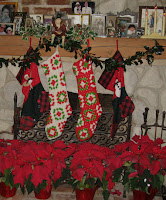 What a beautiful tree!
Merry Christmas!

Love your Christmas Tree.It's a gorgeous one.I have alot of english ancestry so anything british is great to me.I didn't realize that the christmas card tradition started in england. Thanks for all your beautiful pictures.

Lovely Tree and I didn't know that about the Mistletoe kissing ball or some other things you mentioned.
The Fruit Cake is also a traditional Cake eaten in Canada at Wedding's I was told. I was given an old recipe from a friend who is from there.
Dd and I love singing Christmas Songs. We make gifts and ornaments. I made a pony this year for my dgrd who lives in Sweden. I used a Dala as a pattern and tweeked it. I put some photos of it on my blog. I love to make dark chocolate mint fudge and ginger boscotti and usually make a Cranberry Salad recipe that was given to us by one of my dmil's friends. My brother discovered if you put it in the freezer and set it out for a little bit to unthaw it taste a little bit like sweet tart icecream. Really good that way. Dd and I like watching Christmas movies and I've been listening to Dino on TBN tonight while she is at a party. Just taking a break from sewing to wish you and yours a Very Merry Blessed Christmas and a Very Happy Blessed New Year!!!

Started to come back and read more of the traditions but I am getting tired. Did catch though about the pickle. One of my dsil's who is a Montessori teacher was born in Germany and bought a glass pickle for the tree at the Living History Pomeroy Farm in Yacolt WA.
Love the piece with your family and vintage vehicle in it. I took one of my dbrs Studebaker and I am waiting for him to send me a map. I want to collage it with their street because they had named their street. They I mean his wife and himself. I better go get some sleep! God Bless You and Happy Holiday's!

The new issue of Pasticcio arrived in my mailbox today. I spent a lovely Christmas Eve morning all curled up with a nice warm blanket in a big comfy chair pouring over every page. It was wonderful! I hope that you and your loved ones enjoy a beautiful Christmas Day.